If you grew up in the 80s (or 70s or 90s), you will love the pop-culture references in Ready Player One. Steven Spielberg’s adaptation of Ernest Cline’s novel is in theaters now and in a word, this movie is FUN.  It’s the first movie in a long time that had me grinning and chuckling through the whole thing.

What I loved most was the constant barrage of 80’s film, music, and video game references. Spoilers ahead – but if you’ve seen the movie, read on for my 13 favorite moments. (Even the movie poster is full of nods to great movies!) 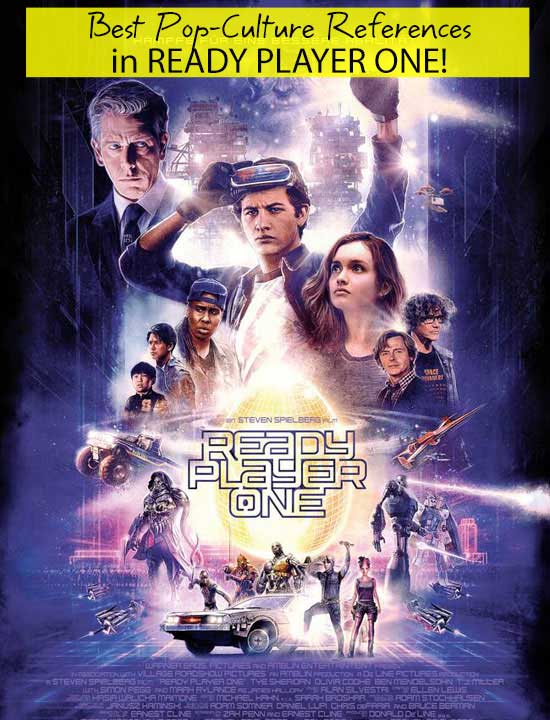 There are so many more character and pop-culture references in Ready Player One – especially during the battle at the end. I’ve heard everyone from Harry Potter to the Stay-Puft Marshmallow Man can be spotted if you watch closely!

Go see the movie – you’ll enjoy it – and let me know what you noticed!