Aquaman is the latest installment in the DC universe of movies. It is completely stand-alone and you can definitely see it without having any knowledge of other movies or the DC comics.

It’s not exactly original, and the reluctant hero plot is a bit tired. But the action and the acting mostly make up for it. Jason Momoa is excellent as Aquaman and the other characters are well-cast and serve up decent performances.

While this movie could have benefited from better writing and dialogue, its non-stop action keeps you smiling. You’ll notice a lot of similarities to other well-known action films.

It wasn’t as bad as Justice League, but it wasn’t as good as Wonder Woman.

How Does Aquaman Tie in to the DC Universe?

SPOILER WARNING! If you read on beyond this point, there may be some slight spoilers.

Let’s talk about how this movie ties into the other DC universe movies. Basically, it doesn’t. We saw Aquaman referenced briefly in Dawn of Justice, Wonder Woman, and Justice League. I expected at least some reference to the Justice League in this movie. However, I only noticed one very brief mention of anything DC-related. It’s possible I missed something, but even the end credits scene did not tie into any other DC story line.

My thinking is that DC did this on purpose. I’ve heard they are trying to “reboot” their reputation, so perhaps it was a calculated decision to separate this movie from the others. Might be a good call.

However, I love how all the Marvel movies fit together so well and are clearly a part of “the big picture.” DC seems to be lacking in a big picture right now.

We are introduced to villain Black Manta, who was always Aquaman’s nemesis in the comics. He will clearly be a factor in future movies for the franchise. It would have been great to see him conspiring with another villain in the DC universe, or even plotting something to tie in with the other heroes. But we don’t get that at all.

While I only caught one brief mention of anything DC in this movie (leave me a comment if you noticed any others!), there were some pretty clear Finding Nemo  and Little Mermaid references, as well as tons of stuff that felt like Star Wars and Indiana Jones.

What I Loved About Aquaman

Obviously, I loved Jason Momoa. He’s terrific with both serious and humorous scenes. I also loved the visuals of this movie. The scenes in Atlantis and the way they conveyed the underwater elements were beautifully done. There were only a couple times I felt the Atlanteans, creatures, or under water action looked less than realistic.

And finally, I will say the humor in this movie was well-done. It wasn’t over the top or too silly. It added a good amount of fun in just the right places. Seeing some trailers for upcoming DC movies, I’ve been worried that they are going overboard with the dumb-funny angle. I’m looking at you, Shazam!

Looking for filming locations you can visit and travel inspiration? Wondering what to watch next? Subscribe to The TV Traveler newsletter and as a thank you, you'll get my free ebook: "11 TV-Travel Destinations and Cocktail Recipes to Go With Them!" 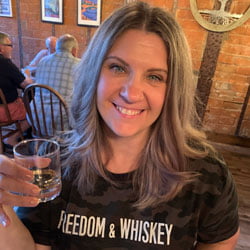