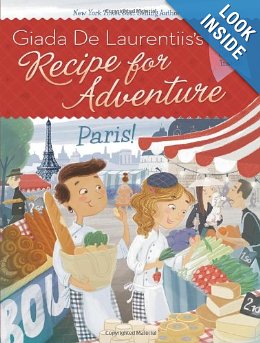 – have been published, with Hong Kong! slated for release in early 2014. (Update: Giada has now published four additional books in the series – New Orleans, Rio, Hawaii and Miami, with Philadelphia scheduled for release May 2016.) The books, chapter books written at a 7-11 year age range, remind me of the Magic Tree House

series – a brother and sister team find themselves transported to different cities where they must accomplish a mission while learning all about the city’s food and people. Each book comes with two recipe cards.

My daughter loves Giada and Magic Tree House, so when we saw these books at our local grocery store along with a sign advertising a book signing – we were fully on board!

We bought Recipe for Adventure: Paris!

and are thoroughly enjoying it. Paris! was my daughter’s choice because she wants desperately to get to Paris some day. She wore a shirt that says “Bon Jour” to the book signing, and when Giada asked if she liked Paris, my daughter said, “Did you see my shirt?!” 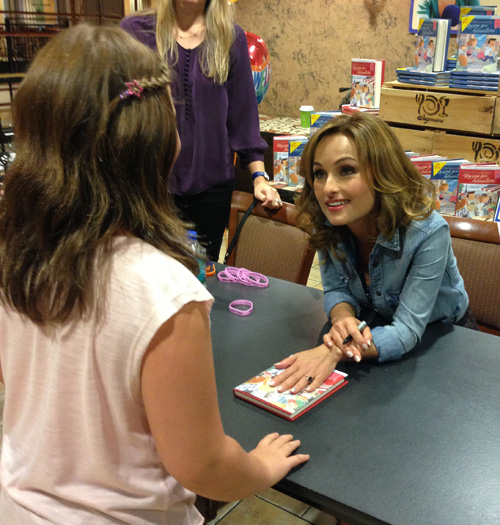 Giada is as sweet and adorable in person as she is on television. She signed the book for my daughter, laughed about her shirt, and chatted about Paris.  It’s wonderful when a TV personality can use her fame to inspire a younger generation to appreciate international food and travel.